"If we’ve learnt anything from history, it’s that crises require outstanding leaders to step up and, well. . . lead!"

Hi everyone, and welcome to another amazing and, of course, inspirational episode of ThoughtLeadership.biz. I’m Chris Machut and in today’s foray into the business wilderness, we’re going to be talking about how to react in a crisis. Because, you know, s**t happens – and you’ve got to deal with it.

If you’re like me, you were taught some pretty weird and often pretty useless things at school. And the worst part is that they’re still rattling around in our brains, wasting important grey space that could be used for, I dunno, something more important, like work, maybe. I mean, when was the last time you threw a javelin, used a fountain pen or actually applied the principles of trigonometry to your work or daily life?

As well as learning useless stuff in school, our teachers and parents often gave us lots of erroneous advice. Like: Never trust a man with a beard. In the case of Charles Manson or, say, Saddam Hussein, that’d be correct, right? But in the case of someone like the Greek philosopher, Plato, we can forgive the facial fuzz – because when he said, ‘necessity is the mother of invention’, his ancient words are not only true, they’re also very relevant to modern business leaders like you and me.

If we’ve learnt anything from history, it’s that crises require outstanding leaders to step up and, well. . . lead! And the 21st Century is no different. As the old cliché goes, it’s ‘tough at the top’ and when a crisis like coronavirus or economic collapse strikes, when your organization’s pillars are crumbling around you and your business is about to become an ancient ruin, everyone will be looking to you, the leader, to solve their problems.

So, today I’m going to suggest three approaches that will help you not only deal with a crisis but come out on top.

But before we go there, let me remind you to check out all my newest articles, podcasts and more at ThoughtLeadership.biz, catch me in person on YouTube and listen via Spotify and Anchor.fm, as well as Apple and Google Podcasts. You can also get yourself over to Twitter and LinkedIn, where you can subscribe for notifications!

Amid a crisis, the situation changes rapidly – by the day, by the hour and sometimes even by the minute – so speedy decision making is essential. The most important thing is to make decisions in real-time, decisions that are prompt and priority-based, rather than precision-based. This type of ‘big-picture’ decision making is what will keep your organisation afloat on the turbulent waters of change and it’s what will keep you sane during the onslaught of cognitive overload that always comes with any real crisis.

Information will need to be quickly sifted, sorted and selected for action, so it’s imperative that your teams use a scalable framework for rapid decision-making and are all focussed on the same three objectives: Identify the main issues, decide on a course of action and execute with conviction. Not briefing your teams properly is one way to create ‘analysis paralysis’ and cripple your workflow. And that’s when the ship begins to sink.

As a leader, you, along with your top team, need to define the top priorities – let’s say three to five – and provide a quick rationale for each. You then need to identify the quick-wins and where you’re prepared to take a hit because there are bound to be some clashes or conflicts on the ground when the priorities are actioned. So, set your non-negotiables, make them known and be prepared to negotiate the rest.

You’ll also need to ‘choose the chiefs’ so that everyone knows who the decision makers are at each level of the organization. Empower frontliners to make as many of the decisions as possible and, as a default position, try to de-escalate decisions –after all, you’ll have your hands well and truly full with the big picture stuff and averting complete disaster. The last thing you’ll need to be worrying about is why Tony’s computer at terminal six isn’t working or where the stock room key is.

The best leaders know how to lead and be led when necessary. They have the knowledge, skills and experience to get ahead of the crisis and bring others with them, but they also know when to let external experts lend a hand.

As well as deciding what to do, quality leaders decide what not to do. Having three to five well-publicized no-go areas helps to keep the organization’s priorities crystal clear, which enables better workflow and better overall outcomes. These ‘no-goes’ might include things like an immediate ceiling on further expenses and a pausing of any significant projects or initiatives. Some people ain’t gonna like it – but tough. Be ruthless. Be clear. Be bold. It’s not a popularity contest; it’s a competition for survival.

And make sure you pivot and adapt as you need to. What worked yesterday might not work today, tomorrow or even this afternoon, so you need to formulate new ideas, invent new strategies and enable new actions in order to get the results you need.

Burn the playbook and write a new one. From scratch.

Working in any organization requires a team effort. But during a crisis it’s more important than ever. In fact, there’s nothing more important than the wellbeing of your team because if they fail, you fail and the whole organization, along with its customers, partners and other stakeholders, fails. And as the leader of the whole shebang, that’s your responsibility. Remembering people as individuals with individual experiences of the crisis is paramount to ensuring that you challenge, nurture and inspire them properly.

You can do that in various ways, by a daily ‘pulse-check’, for example. Block out time in your calendar each day to do this with three to five of your employees – and not just those in your top teams. What are their successes and stresses? How can you help? You might also create a series of end-of-the-week ‘catch up’ sessions (in-person or remote) with key team members, who can use that time to debrief you about major wins and losses, as well update you about any pastoral issues or concerns in their teams.

It’s also crucial to reach out to key leaders in your organisation who have contacts among your customer-base as well as among the other stake-holders. Getting a regular ‘temperature check’ in each of these sectors helps you to understand what impact the ongoing crisis is having on their experience, which, in turn, helps you to both intervene and support where you can, as well as create action plans that are of benefit to all. Building rapport and trust with stakeholders during a crisis is crucial but often completely overlooked. Although focussing all your efforts on financial recovery might help in thew short-term, in the long term, the relationships can be damaged as those stake-holders felt abandoned and left to deal with the crisis by themselves.

Lastly, celebrate the positives. Broadcast the successes as much as possible and make sure that you focus on success at all levels – don’t leave out the unsung heroes. If you care to look hard enough, you’ll find them. By doing so, you’ll earn the trust and respect of your teams, and at the same time promote a ‘can-do’ culture. Celebrate everyone in your organization as heroes – because that’s what they need to be in a crisis. And so do you.

So, there you have it. Three keys to crisis survival. . . There not the only keys, of course, but they’re a pretty good starting point.

I’ll leave you today with a quick thought: When written in Chinese, the word ‘crisis’ is composed of two characters – one represents danger, and the other represents opportunity. So, however bad it feels, however rough it gets, never lose hope.

Got a crisis? So what? Deal with it! 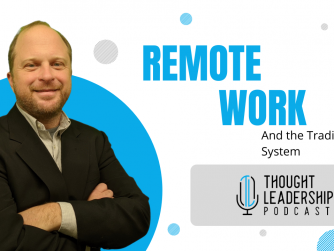 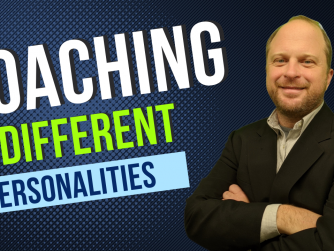 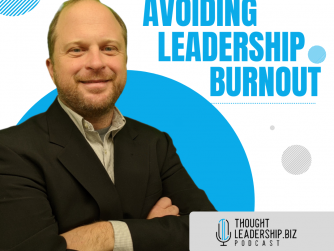 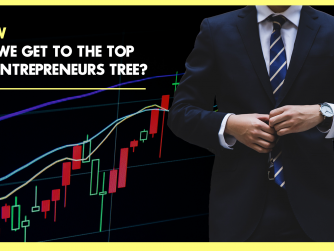 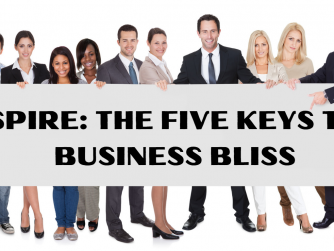 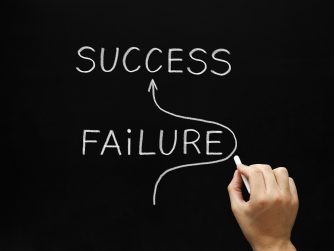 In this podcast and article on ThoughtLeadership.biz, Chris talks about the successes and failures of entrepreneurship and some ideas about...